Phew, what a day packed with information! From regulations to a fermented bean flavor wheel and back around to cultural appropriation, this day had it all. I’m going to have to keep my comments a bit shorter to fit all of day 2 of the Fermentation 2021 conference into a single post. Note that this nor any of the other posts are a comprehensive list of the sessions or topics discussed, these are curated notes for home fermenters.

You can find a writeup of day 1 here.

Not a very sexy topic, but if you’ve had intrusive thoughts like me about having a stand at a farmers market one day and getting raided by a SWAT team to incinerate my ferments… well it’s something on all of our minds, even if we haven’t taken that step yet.

And I have to be honest, this panel did not inspire confidence. I have massive respect for the panelists, of course, but what I was afraid of and what was discussed matched up a bit too well. There is a lot of frustration between small producers and their local health inspectors, and it’s reciprocal. Fermentation is such a wide field that touches just about any edible (and plenty of non-edible) foods that it’s difficult for inspectors and regulators to be prepared for every situation. However, most of the panel agreed that escalating up the chain is basically a must when dealing with fermented food production, because there are experts at higher levels that are often better equipped to address your specific practice or can at least put you in touch with someone who is.

Takeaway: if you are fermenting food to sell, be prepared with documentation of the process, formulation, and any other records of production as well as any evidence or adherence to codes that ensures the safety of the final product. Otherwise, inspectors can only inspect what they can see now, which is a losing game if they are unfamiliar with fermentation or your specific utilization of it.

Jeremy Umansky and Rich Shih, the distinguished duo that co-wrote Koji Alchemy, had a friendly chat about the wonders of everyone’s favorite mold. Rich, in the usual fashion, showed off some jars and vacuum bags to not only show how koji can change the appearance of a ferment over time, but to also drive home the point that koji can make tasty stuff from things we might otherwise throw away. This was the undertone of this session—sustainability, harnessing food waste for additional nutrition, with koji.

This is something I’m trying at home with the stale ends of the sourdough bread I bake every week, inspired by this idea and a session with Mara King at Kojicon about tianmanjiang: Sourdough Tianmanjiang.

I should probably do an update about that. It’s still going, no trouble so far.

I decided to stick with the “Food and Flavor” track today and I was not disappointed. Chef Robert Danhi’s presentation about fermented bean pastes around Asia was a delight, and I have loads of linked videos to check out later.

He also presented the “Flavor Wheel”, a graph of sorts that aims to help characterize and classify bean pastes like you would a fine wine. This is meant to help with R&D and to hone in on pastes unique to different places, methods, and ingredients.

This was a lively panel with a fantastic range of perspectives that included Drew Anderson of Cleveland Kitchen (formerly Cleveland Kraut). I’m thrilled that there are 2 Cleveland-based speakers at this national conference and I hope to see more in the future!

There is some general confusion about what constitutes a “fermented food” for the average consumer. No one really cared about that until recently, due to the recent surge in popularity of fermented foods that can be attributed at least partially to the idea that fermented foods are “healthy”. It was noted that there is solid evidence for health benefits of yogurt, but there is still research to be done about other fermented foods and the health claims made by some folks.

Several panelists suggested that The Fermentation Association and other similar groups could be doing public awareness campaigns to promote fermented foods and educate consumers. One even wondered what a TikTok “fermentation challenge” might look like (spoiler alert, its alcohol, it always is).

She described vinegar as existing on a “sugar continuum”, a cycle starting with the natural production of sugars (fruits and such), followed by the inevitable fermentation (or rot) that turns those sugars into alcohol, which is then converted to acetic acid by acetobacter where oxygen is present. But the cycle does not stop, apparently after all of the alcohol is consumed, the acidity starts to break down and it returns to water to begin the cycle anew. I’m sure there are some simplifications happening there but it’s a nice way of thinking about it.

I have taken some of my first steps into vinegar lately, but one of the more complex ongoing ones is tomato vinegar made 3 different ways. I haven’t put that logbook up yet, so stay tuned.

Is Fermentation “So White” …or Not?

This panel discussion was a heavy way to end day 2, but not entirely undeserved. People from minority groups are generally pigeonholed into a niche based on their heritage if they are to find any success. And yet, white people are generally given a free pass to explore and appropriate practices from other cultures, often whitewashing them on the way to being printed in a new cookbook that lacks a shred of acknowledgement for the originating culture and people.

I recognize that I need to get better at acknowledging the origins of some of the practices I’ve featured here on this very site.

There were many more sessions today that I didn’t even mention, but I do intend to return and update this post with some additional notes and links.

See you tomorrow for the final day of Fermentation 2021! 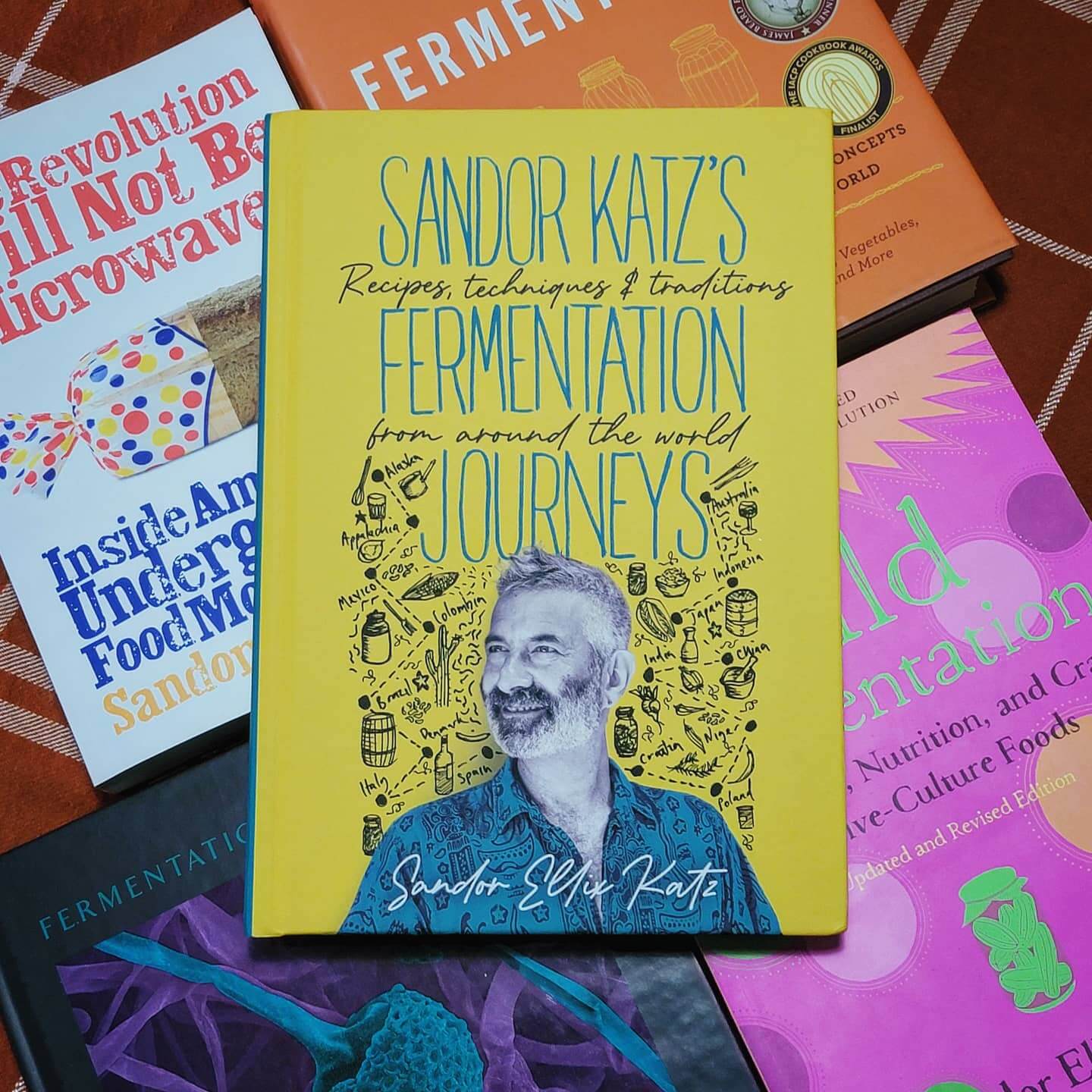