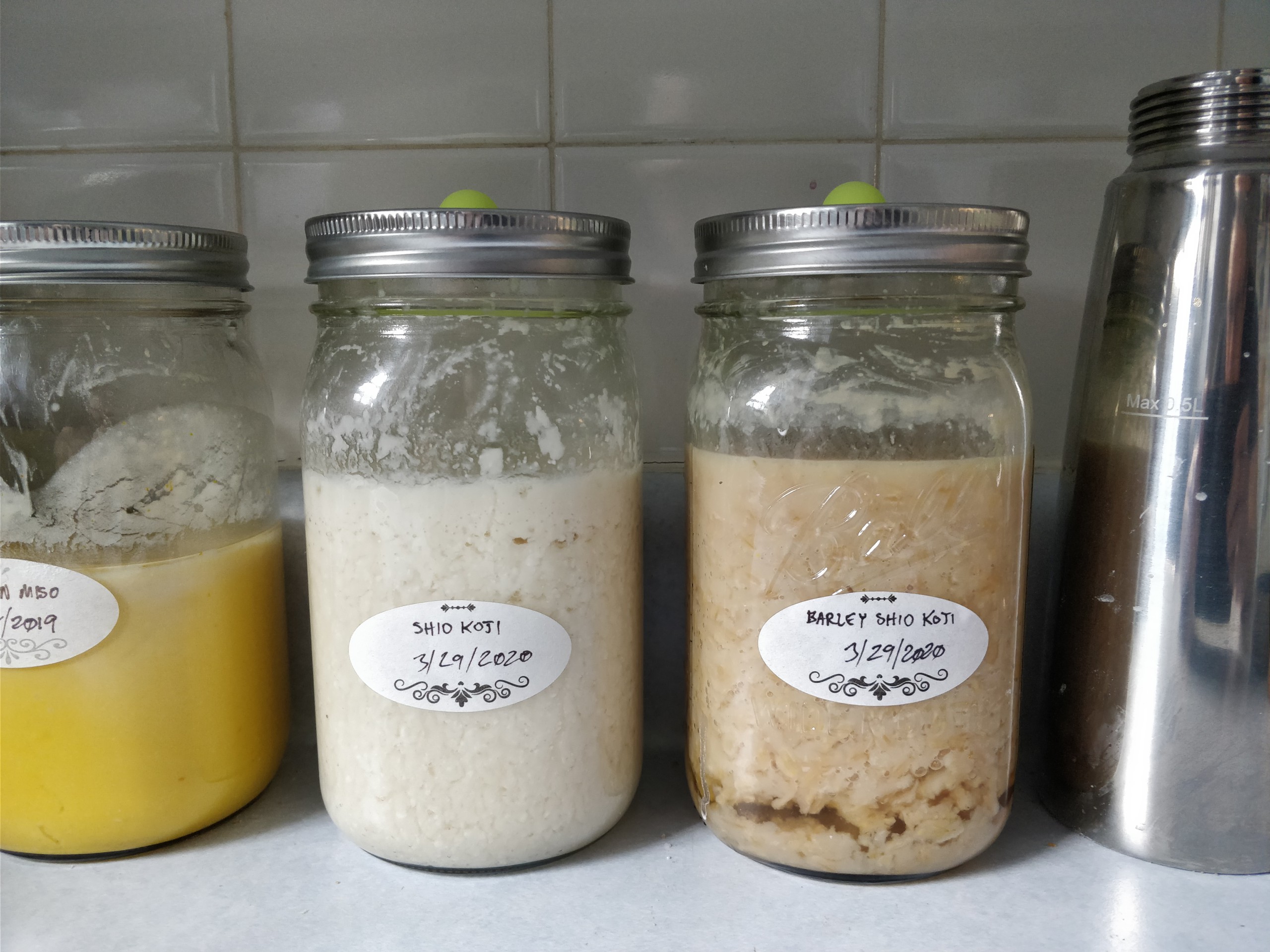 On March 29th, 2020, I put some rice and barley koji into separate mason jars with equal parts water and 5% salt. I left them on my kitchen counter and took a photo every morning for 30 days, after which I would stir and also taste each.

Some of my main observations and conclusions:

After being in the fridge for another half-month (being used here and there, mind you) the layer of hooch is becoming more prominent, and there’s a strong alcohol smell when opening it after any length of time. However, the taste has not been negatively affected so far.

A few days after the “observational study” ended, I marinated 2 steaks overnight, one with rice shio koji and one with the barley. In a strictly uncontrolled, highly biased setting, Jack and I had to really concentrate to detect the difference in flavor between the two. I wish I had done a control steak without any marinade to experience the difference that koji can make. I also wish that I had marinated the steaks longer for a more distinct experience, but these are just more tests that I’ll have to bring myself to run again.