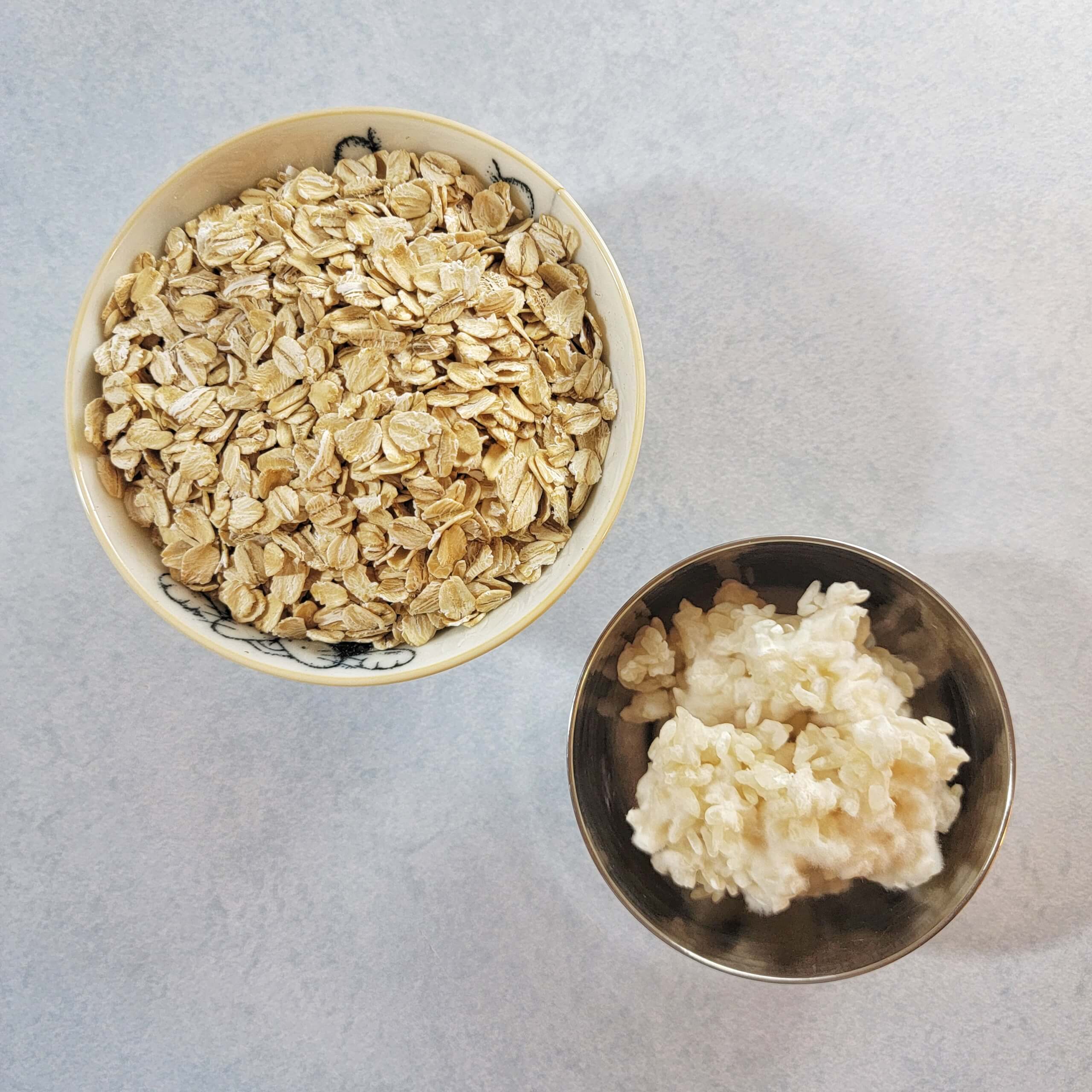 Kirsten Shockey of ferment.works and The Fermentation School demonstrated at Kojicon today how simple it is to make even-better-than-regular oat milk, just by adding a little koji to the mix.

I’ve been wanting to experiment with koji and oats for a long time now, and this was just the motivation I needed to make it happen.

Heres my version in metric:

I blended mine for 30 seconds or so, enough to increase the surface area to optimize things a bit. I’ve poured this mixture into a large glass jar (roughly 2L):

Kirsten suggests putting this directly in the fridge and letting it sit overnight before blending, but I was impatient.

It always looks a little… unappetizing at first. But after blending again and then straining through a nut milk bag, it looks like, well, oat milk. There was very little leftover as solids after straining.

But now, I know what you want to know:

How does it stack up to the leading commercial brand?

I tasted it side-by-side with a certain well-known brand with “Oat” right in the name. One of the most obvious differences is that mine tastes way more “oaty”, even though there’s some rice in there too. Other differences from the store bought stuff:

By no means does any of that mean it isn’t as good, it’s just different. I’m particularly impressed with the oat flavor—tasting it side-by-side, the store bought stuff was bland by comparison.