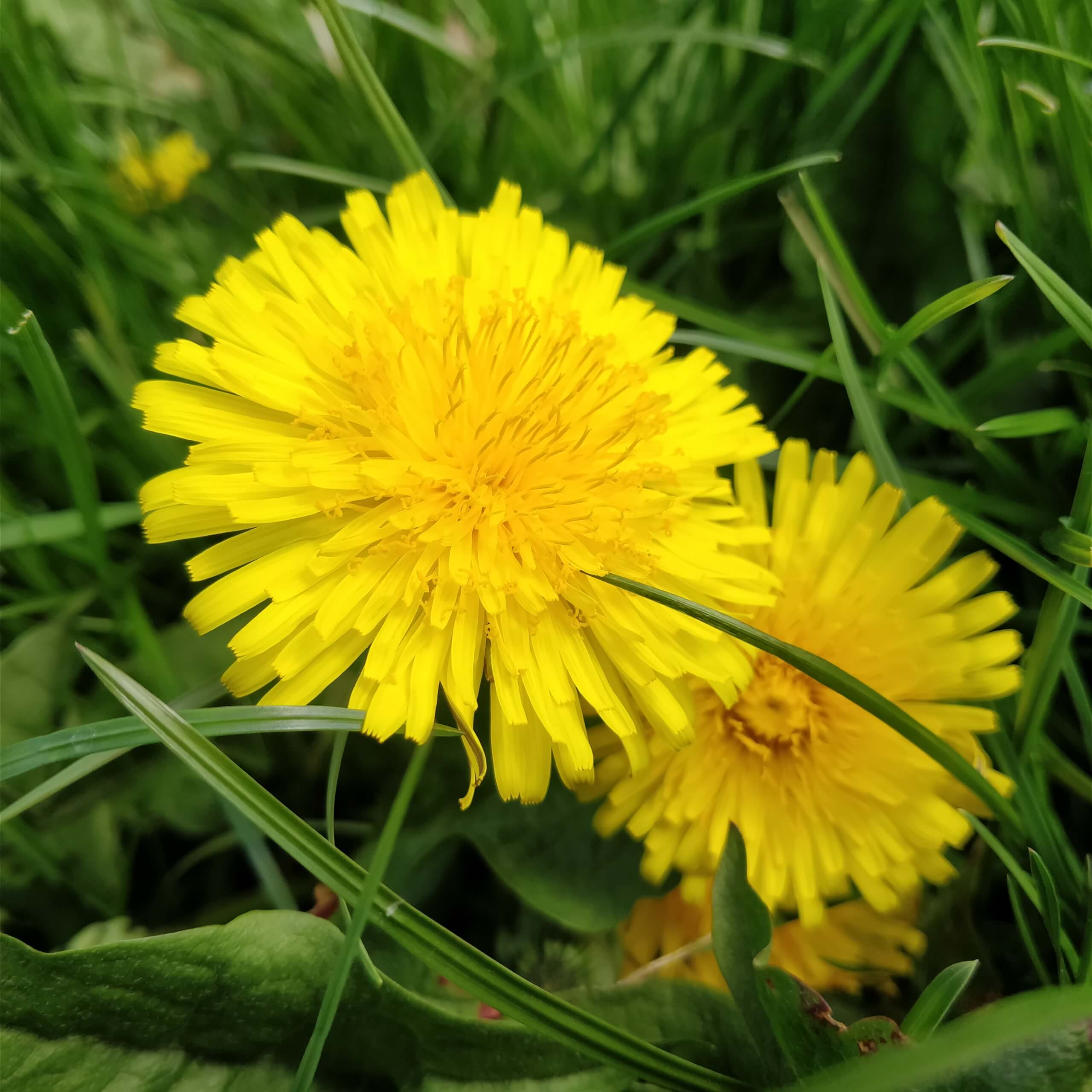 It is decidedly dandelion season here in the midwest US. I let them grow, to my neighbors’ chagrin, and then pick them while trying to avoid making eye contact. I got roughly 4L/1 gallon of dandelion flowers from just my yard—roughly 560g.

I’ve made dandelion wine in previous years and was unimpressed, mostly because I was fermenting straight-up sugar water and fermenting too dry—dandelion wine should be sweet. This year I wanted to have a go at incorporating it into some amazake*, a sweet beverage made from just rice, water, and koji. However, I couldn’t decide which would be the best way to incorporate the dandelion, and how little processing of the flowers I could get away with.

*I’ve got amazake on my mind because I’ve been meaning to make some from my Toasted Rice Koji Treats.

The “standard” method for doing anything with dandelions involves separating the yellow petals as much as possible from the green bits. This is a hell of our own making, or at least I hope it is, because I hate doing it. The reason this is generally done is to avoid imparting bitterness into the finished product, as you’ll usually be steeping the flowers in hot water.

I’m interested in pairing dandelions with amazake because I’ve heard that koji may have de-bittering properties. So, it my main gripe about working with dandelions can be cancelled out by koji, I’m in.

if you couldn’t tell, I really want to avoid having to cut the petals off. It’s a real time sink. However, for science and posterity, I will do this test now so that, hopefully, I won’t have to in the future. Or, I will have to, if it turns out it’s really necessary…

I decided to do a side-by-side-by-side of three methods, in order of (up-front) difficulty:

I have 400g of koji rice to play with, and I’m going to use something close to a 1:1:4* ratio of koji:rice:water. I’ve also given the flowers a good rinse in cold water, so this is the weight after they’ve drained for several hours.

That means each batch will be roughly:

The easiest prep of the three. The koji, cooked rice, and water were roughly blended in a food processor to increase surface area for incubation. Then the whole flowers were mixed in.

I wasn’t so sure this volume of flowers would fit into 500mL of water, so I used 800mL of water. After bringing the water to a boil, I dumped in the flowers and let them steep for 2 minutes, after which I promptly strained the liquid. I probably could have gotten away with 650mL of water; I had about 120mL left over after straining.*

A half an hour.

That’s how long it took me to ship the petals off of 180g of dandelion flowers. This is why I need to know definitively whether this is worth the hassle.

I definitely should have—but totally did not—weigh the petals. Sorry, blame the scissor-induced psychosis. I pulsed them in after blending the rice and water.

12 hours later the enzymatic action we put into overdrive has transformed starches into sugars. Now it’s time to deal with the second half of the process, which makes the easiest of the three in the first step not necessarily the easiest overall.

I decided not to strain the dandelion tea batch (#2) because I think it’ll make for a nice breakfast. The consistency is still very drinkable, but has a porridge-like quality that does require some chewing.

I’m pleasantly surprised by this one, considering how little effort went into it (other than picking the flowers in the first place). There is the slightest hint of bitterness that doesn’t come anywhere close to unpleasant, and fits right in with the floral flavor (I mean, have you ever tasted a flower petal?). Unfortunately the color is very not yellow, otherwise known as beige, but as we’ll see the batch with only petals didn’t care much better.

As I said above, I left this one unfiltered. When I tasted it while still warm, I was struck by it’s similarity to oatmeal in flavor, if not quite in texture. The hint of chamomile-like aroma and flavor prompted the comparison. While not the strongest-tasting of the batches, I appreciate this one’s subtlety.

The photo of all three side-by-side is a bit misleading—the color of the petals-only batch is slightly darker and deeper, more saturated, than the whole-flower batch. Obviously increasing the surface area improved extraction.

The flavor difference from batch #1 is not overwhelming. There is even less bitterness, which is to say, hardly any at all. This may be verging on too floral even, but maybe I’m just saying that so I don’t have to deal with plucking petals next time.

I hypothesize that batch #1 could have been more simar to this one if the flowers had been chopped up a bit in the food processor.

This was a tight race, but I think I have to give the medal to Batch #2: Flower Tea. It requires the least effort overall, and has also made me realize that tea in general would be a great and simple addition to the standard amazake recipe.*

I’m considering a boba “milk” tea without the milk…

Second place goes to Batch #1: Whole Flower, because, well, you know why. Never again will I slave over a bowl of loose dandelion petals…